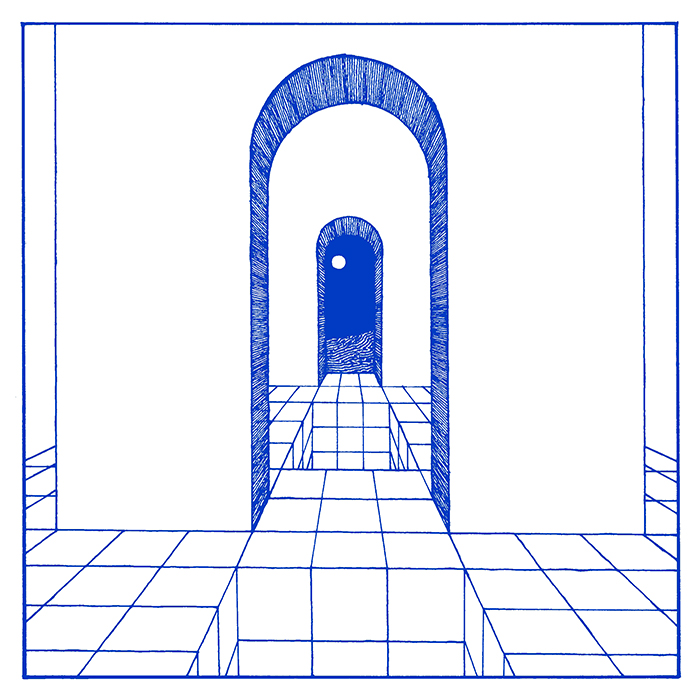 Echo From Below: New Music from Hatch Vol. 1

Hatch is over the moon to announce its first ever contribution to recorded music.

Echo From Below: New Music from Hatch Vol. 1 is a brand new compilation featuring an impressive union of Sheffield bands working with the DIY music collective. It’s out digitally on 5th of June to coincide with Bandcamp’s next ‘no fee day’.

We spoke to our resident filing clerk and memo announcer Roddy Duggnut to glean further information:

“The album features 18 tracks of new music from the artists, singers and synth-heads who inhabit Sheffield’s idiosyncratic DIY venue. From strange crooners and swampy blues to power pop and sinister rock, listeners can expect a smorgasbord of experimental music spanning multiple genres and moods. This promises to be very emotional indeed.”

When is Echo From Below coming out?

“The album will be released as PWYF on Friday June 5th, to coincide with Bandcamp’s ‘No Fee’ day. Musicians and music venues throughout the UK are currently facing unprecedented financial pressure as they remain closed and unable to work. Many venues are faced with the imminent threat of closure and gestures such as Bandcamp’s ‘No Fee’ day are welcome in the fight to keep the UK’s precious DIY scene alive.

But of course, it’s not just UK musicians and venues who are suffering. Lockdown has made difficult situations into deeply dangerous ones for many – so the other 50% of proceeds will go to IDAS, who do excellent work in helping combat domestic abuse in Yorkshire.”

What is the Echo From Below’s tracklist?

“I’d be above my station to tell you it in full. However, I can tell you now that among the track listing there are some gems from key gremlins lurking around Sheffield’s burgeoning experimental and alternative music scene. Here’s a rundown of a few highlights:

The legendary Dead Badgers (The Audacious Art Experiment)
Dead Badgers return with a sinister tale of murder on Glasgow high streets, delivered in their usual repeato-drawl.

Duck
Power pop trio Duck feature with a track from their amazing new album ‘There are NO normal conversations any more’.

Yo Dynamo
Short and sweet is the name of the game from Sheffield’s premiere e-number fizz bass and drums duo.

Bedlamb
A haunting, soulful slice of post-punk from a fresh-new-group Bedlamb. Minimalist piecing together of guitar lines at its finest.

Dearthworms
A new Sheffield band (including ex-members of Blood Sport, Amorous Dialogues) deliver their first recorded debut aside from a now sold out demo tape – ‘Cheetos Man’ is an off-kilter guitar waltz exploring the perils of incels in upper management.

The album also features Slug Milk, Great Shame, RL Herbert & Feudalism Now!, amongst many others. And finally, The incredible cover has been designed by fantastic local artist Edith Rothwell (also a Hatch member, performing under Nohrr on this very record..)”

“Well, I hope that tickles your tastebuds – see you next Friday!” 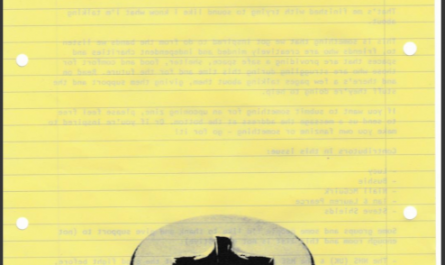 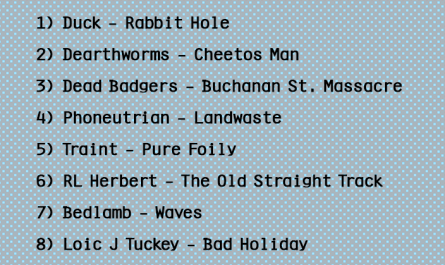 Breakfast Time! Echo From Below – Tracklist in full 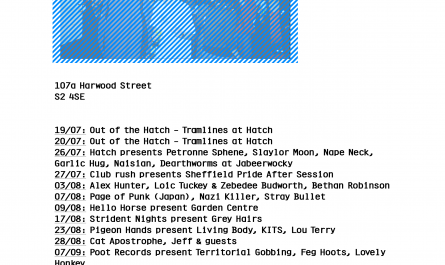